He previously served as an attorney investigator for the U.S. Department of Education’s Office of Civil Rights (OCR). In that position, Seth enforced civil rights laws regarding race, gender, and disability discrimination as they relate to K-12 and higher education students in Texas, Arkansas, Louisiana, and Mississippi.

Prior to OCR, Seth applied his legal education and background in communication and journalism in his position as Director of Investor Relations for Five States Energy Company, L.L.C. and Chief Compliance Officer for Budge Financial, Inc. (“BFI”). As the supervisor of the Investor Relations team, Seth used his experience to enhance Five States’​ reputation as a prudent steward of its investor’s capital while providing outstanding responsiveness to the needs of its members. Recognized for his proficiency in technology administration and his teaching expertise, Seth headed up the company’s efforts to increase data security and advance staff proficiency with new technologies. He also oversaw all SEC filings for the affiliated registered financial advisory firm BFI.

Seth has spent a significant amount of his professional career working with high school students as a speech and debate coach. His students earned such honors as placing fifth in the nation in Domestic Extemporaneous Speaking, placing at nationals in Congressional and Lincoln-Douglas (LD) Debate, and winning state titles in Extemporaneous Speaking, LD, and Policy Debate.

In his free time, Seth is highly involved in public service and efforts to advance public policy to benefit the lives of youth; religious minorities; and lesbian, gay, bisexual and transgender Americans. He has worked as an intern for Congress with the United States Commission on International Religious Freedom and as a law fellow for Human Rights Campaign. 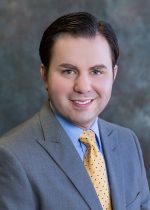